Most of Iranians believed in Zoroastrian before Islam. Nowadays, Zoroastrian is one of the Iranian national religions and has its own followers. The prophet of Zoroastrians has been Asho-Zartosht, who was born in 1768 B.C. and their holy book is Avesta.

Fire as one of the four elements of the creation is holy for Zoroastrians. In all of the temples, the four elements, water, wind (air), Soil and Fire (Light) exist. Fire has a special position, because it never gets dirty, so it is the symbol of the truth and honesty. That’s why the Zoroastrian temples are called Fire-Temples. Fire-Temples have been used as a place for training and discussions too.

The archeological Fire-Temples during Acaemenians and Parthians Dynasties have been built in open areas and in some of them the natural gas coming out of the ground has been burnt. Barde-Neshandeh and Sar-Masjed Fire-Temples in Khouzestan are the samples. There are two stone fire places in an open area in front of an epigraph near Zoroastrian-Kaaba in Naqshe-Rostam in Marvdasht towards Shoul Village. Also, the epigraphs on the tomb of the Acaemenian kings shows that the kings have been worshipping before the fire in an open area.

By the end of Parthians era and beginning of Sasanids Dynasty the holy Fire was kept in closed areas and under the four corner domes. Bazeh-Hoor near Mashhad, and Niyasar near Kashan are two famous early four corner domes. About 100 four corner domes are nationally registered in Iran. Firuzabad Fire-Temple (Ardeshire-Babakan Palace, the founder of Sasanids dynasty) is another sample of a Fire-Temple beside a natural spring. There were three famous Fire-Temples in Iran during Sasanids Dynasty and before Islam. Azargoshnasb Fire-Temple has been for the kings, warriors and soldiers. It is said that the holy fire of Maads has been kept there. It is in Takhte-Soleyman Temple (Shiz) near a natural lake in the West-Azarbayjan Provence (45 Km away in the North of Takab) was the most important one. Takhte-Soleyman Temple was registered as the world heritage in UNESCO on 2003 A.D. Azar-Barzin-Mehr has been for the farmers and has kept the Parthians Fire. It is near Sabzevar in Khorasan-Razavi Provence. Azar-Farnabaq Fire-Temple was for the Zoroastrian priests. It is in Karian in Fars Provence. The wonderful and beautiful Yazdan Cave near Aqda in Yazd Provence, has been used when the Fire could be put out by the enemies. The Fire-Temple of Rey near Tehran has been since Sasanids era. It is on top of the hill in South-East of Tehran, on the way from Rey to Varamin. Anahita-Temples (The Lady God for the water), in Kangavar in Kermanshah Provence, The archeological city of Bishapour in Fars Provence, Takhte-Soleyman Temple, Neyshabour, etc. are Zoroastrian Temples too.

Nowadays, there are some burning Fire-Temples in Yazd, Kerman, Tehran and Shiraz that Zoroastrians worship and pray there. The tourists can visit them most days of the week. Chak-Chak Fire-Temple is the holiest temple for the Zoroastrians these days. It is near Ardakan in Yazd Provence. 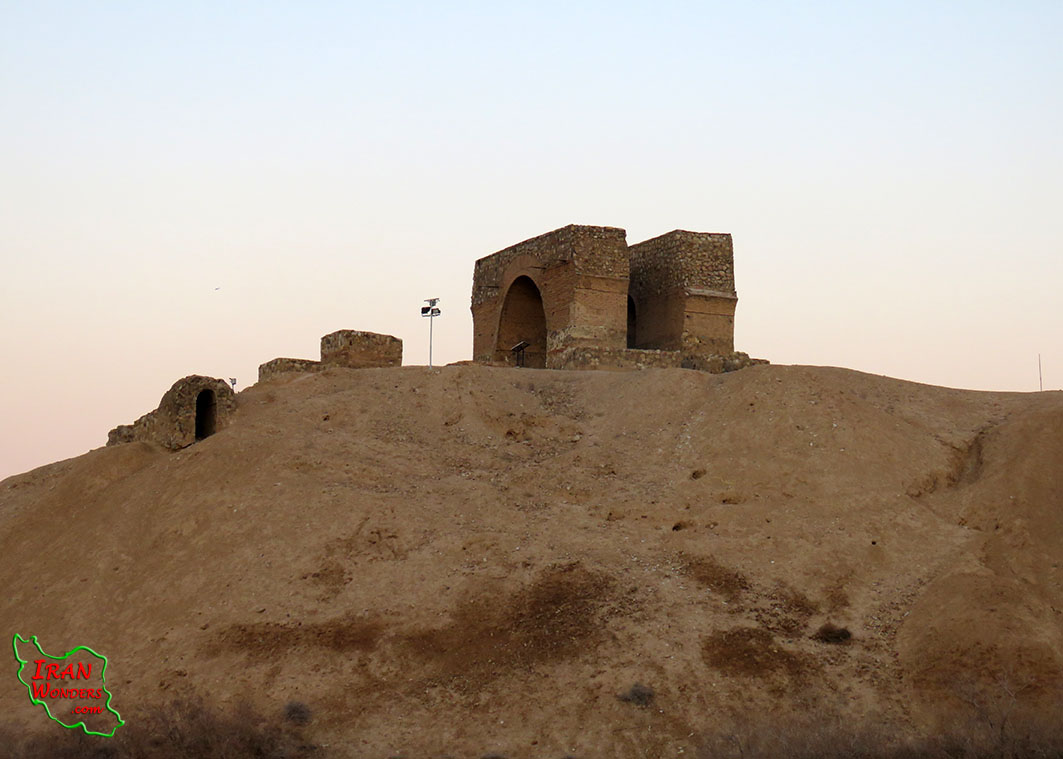