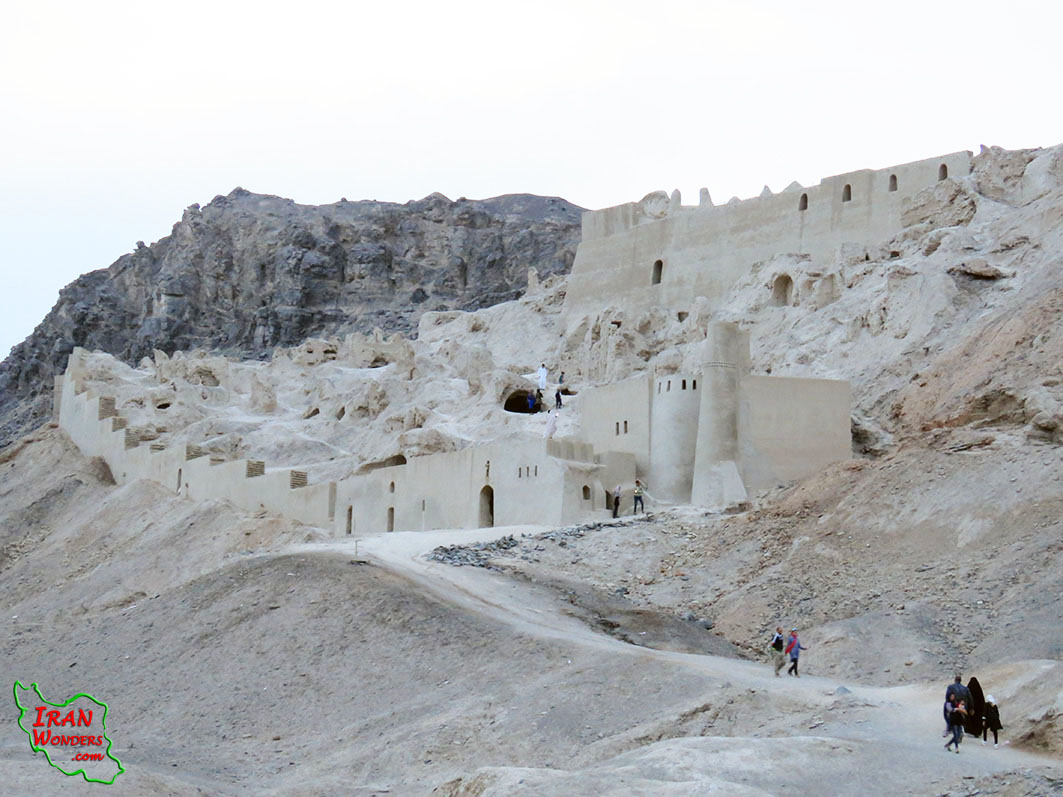 Khajeh Mountain is the highest natural phenomenon in the Sistan plain. It looks like a black mountain, created by basalt (volcanic) stones. The mountain is 133 m higher than the lake in the surrounding. It is trapezoidal shaped and from the above is a circle with about 2 Km diameter, created by the sea volcanic activities.

Khajeh Mountain has obtained its name from the tomb of Khajeh Mahdi, one of the Alavi followers, on the top of this mountain. This complex is known as Rostam Mountain, Khoda (God) Mountain, Qaltan (Rolling) Mountain, Belqeys platform and Oshida Mountain too. Oshida is mentioned in Avesta (the holly book of Zoroastrians) and the birthplace of Zoroaster.

Khajeh Mountain is very important and holly by Zoroastrians, Christians and Moslems. This complex has a beautiful and unique architecture of the great mud-brick backs to before Islam and is known as the mud-brick Persepolis too. There are the ruins from Parthians, Sasanids and Islamic eras on this mountain too.

The most important architectures before Islam, in Parthians and Sasanids era are Kafaran Castle (the old fort), Kak-Kahzaad (Kouhzaad Palace), Chehel-Dokhtar Castle, the fire-temple, and the archeological site. After Islam constructions are Khajeh-Mahdi (Khajeh Qaltan) pilgrimage, the old Gandom-Beryan pilgrimage, Satan home, the miller tomb, Water storages, Islamic stone tombs, the old road and defending walls. Khajeh Mountain has been registered on Iran national heritage list with the No. 540 in 1345 A.H.

The Royal palace of Khajeh used to be very luxurious, designed by the paintings on its walls, plaster work, 3D designs and various statues. The oldest and the most valuable ancient construction in Khajeh Mountain is the old fort known as the Kafaran Castle. It is the first double-porch construction in Iran. The central yard, symmetric porches, building complexes at the different heights and the fire-temple are the most important parts which has been followed in Iran’s architecture. The castle has unique paintings, plaster work and 3D mud designs.

Khajeh shrine is the most important construction in this complex after Islam. It is located in a flat area in the North-East of the mountain. The epigraphs show this tomb belongs to Khajeh-Mahdi who is one of the Mohammad-Hanifeh’s descendants. He was murdered by bandits in the 3rd century A.H. in Sistan. The architecture goes back to Safavids dynasty.

Kak-Kahzaad construction goes back to before Islam. It is located on the edge of a cliff, 3 m above the old castle and was used as a monitoring and defending tower.

Chehel-Dokhtar castle is a small castle located at the end of the path going to the top of the mountain in the South corner, towards an area called the Soukhteh valley (burnt valley). There are arrow shooting holes about 50 cm high and 30 cm wide, that each meter around the castle is an evidence of the military use of the castle.

It is recommended to visit this unique historic and cultural attraction on your trip to the East of Iran and Sistan area. You can enjoy visiting the other attractions of Sistan such as Shahr-e-Soukhtah Rostam Castle, Windmills, Qaleno Village, Dahaneh-Qolaman archeological site and the city of Zabol as well. 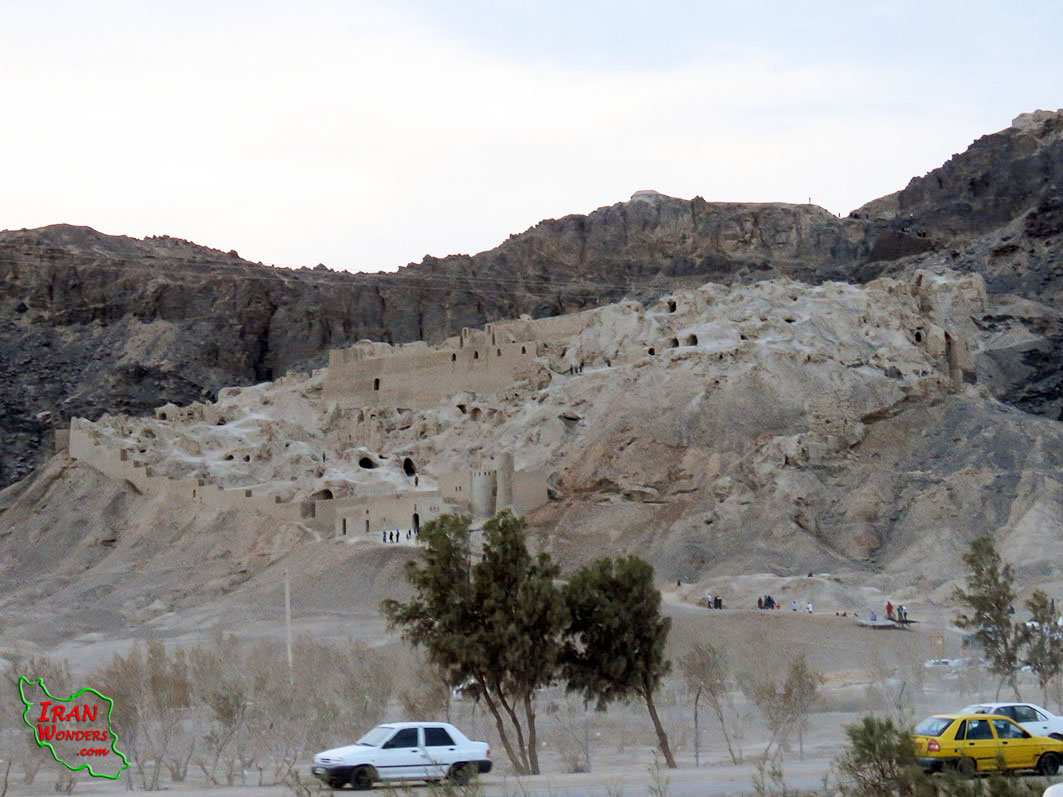 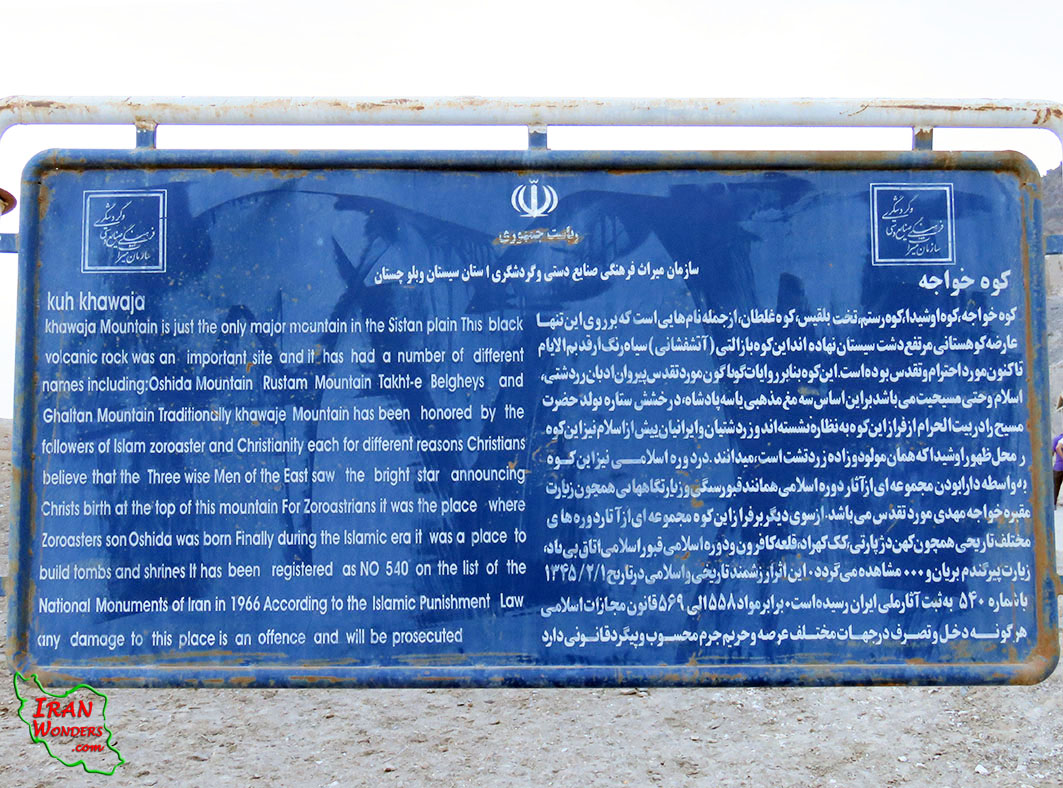 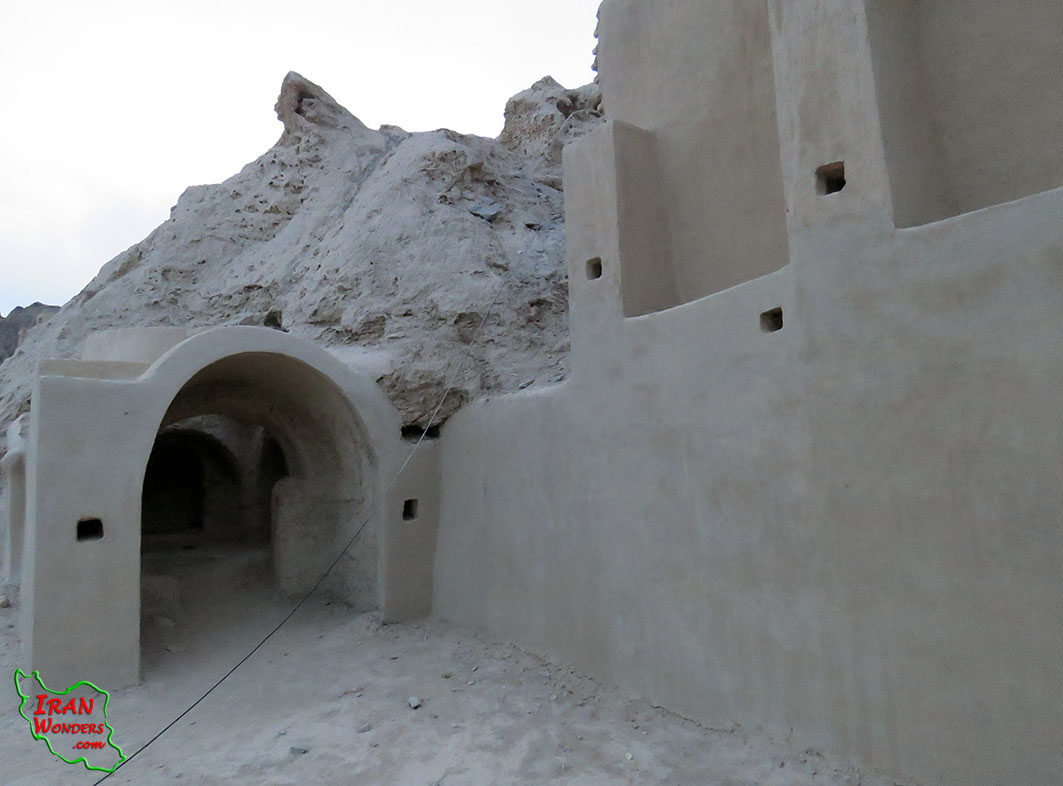 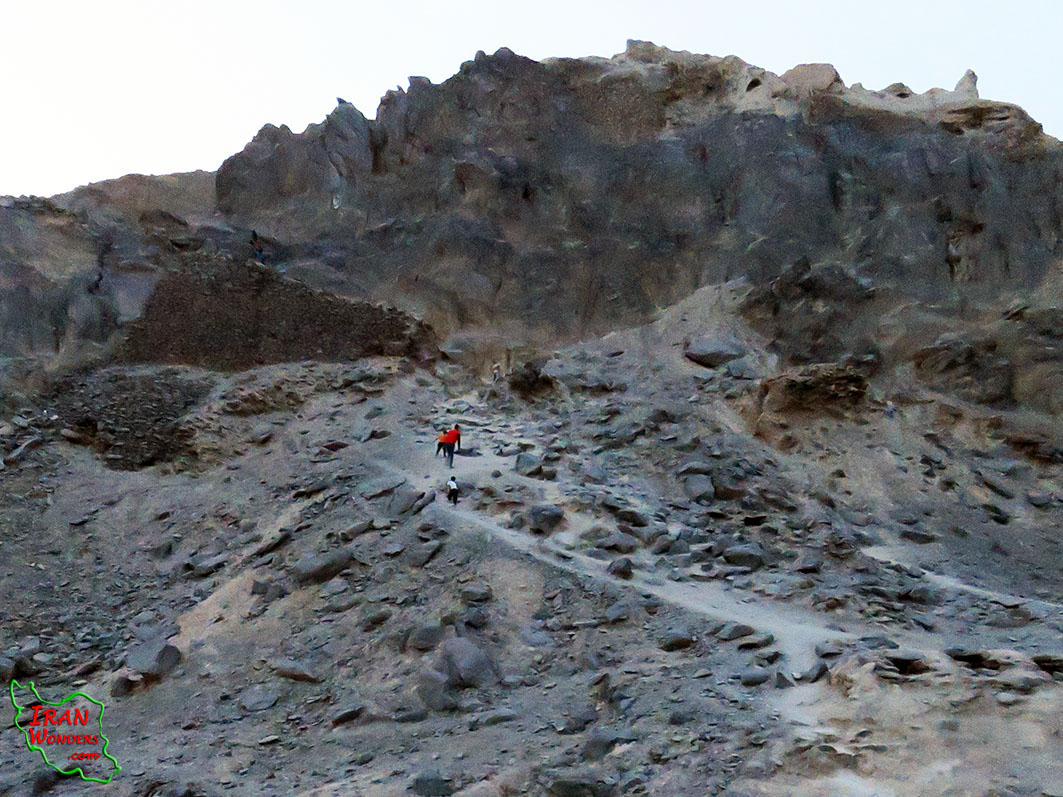 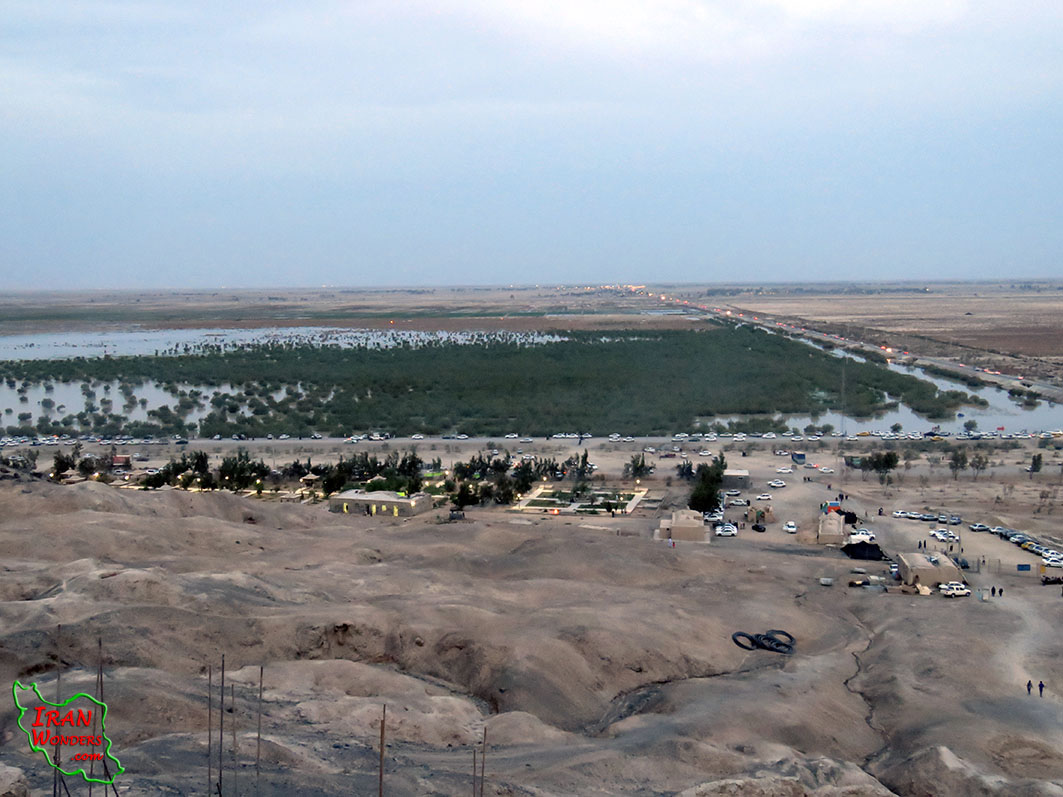 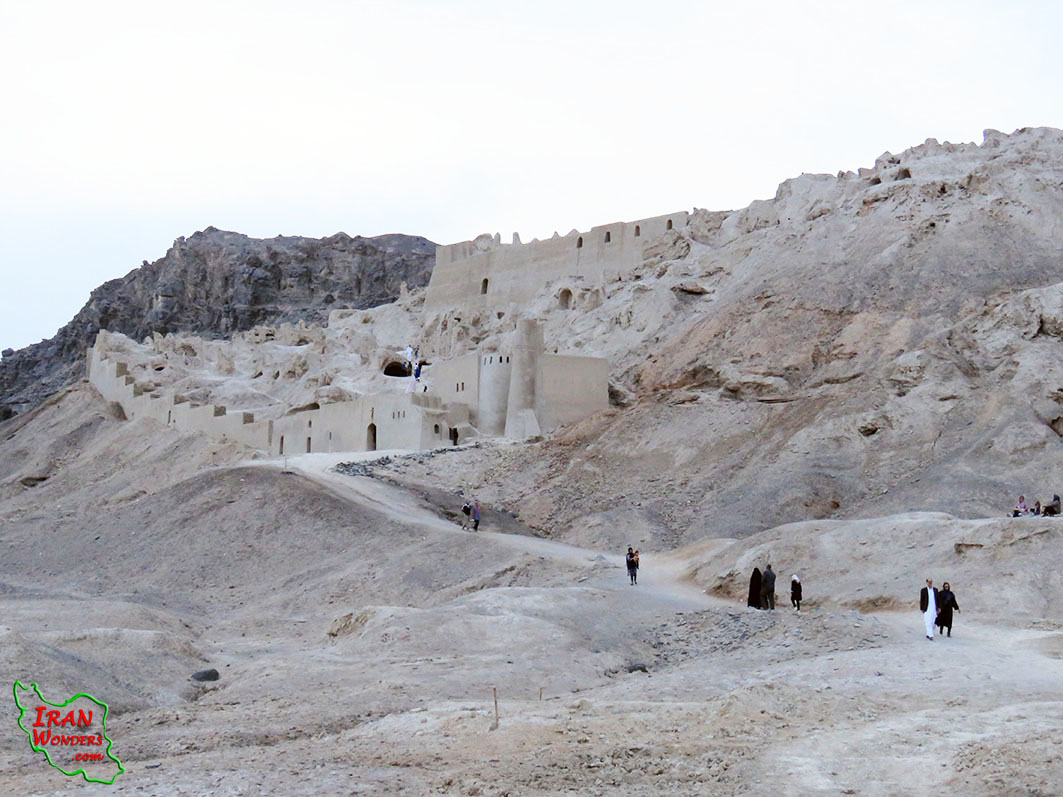