Naqsh-e Rostam is located by the end of Haji-Abad Mountains, 5 Km away in the North-West of Persepolis, in Marvdasht, in Fars province, near Isfahan-Shiraz highway in E052, 52.551 & N29, 59.237 and about 1620 meters above the sea level. These archeological epigraphs and monuments are remained from Ilamids, Acaemenids and Sasanids era. 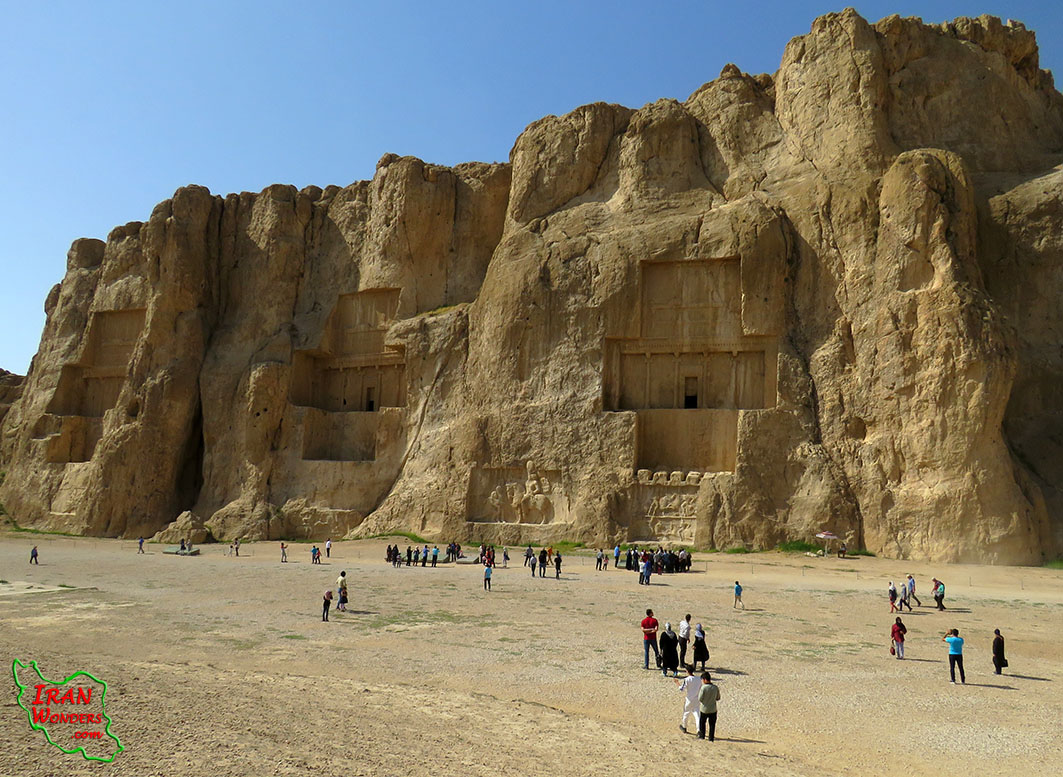 The tombs from left to right belong to Khashayar-Shah, Daryous the great, Ardeshir the first and Daryous the second, which were built 485 to 405 B.C. The tomb of Daryous the great has epigraphs in cuneiform script about the worshipping Ahoura-Mazda (Zoroastrian God) and holy and spiritual meanings. Daryous the great has mentioned the name of the countries in his kingdom and his religious beliefs and his valuable pieces of advice. He also prays for the goodness, honesty and blessing of his nation. Inside the tomb, the place of nine statues is shaped in the stone and outside, like other tombs, the king is praying on the top of the king platform. The representatives of the nations have been ruled by Iran are holding the kings throne  above their head on their hands while the king’s relatives are behind or beside him facing the holy fire.

There is a stone cubic shaped building from the Acaeminian era in front of the tomb, which is called the Zoroastrian-Caba. The perfect and tidy white stones used in the building as the sign of perfect engineering and art in Acaemenids era. Some archeologists believe that the building has been a place to keep the holy fire. Some others believe it has been a tomb. There are some sentences at the bottom of the walls in Pahlavi and Greek, which describe the victories and famous priest’s activities in Ardeshir the first era to protect Zoroastrian against other religions.

At the foot of the mountain, seven epigraphs remained from Sasanids era. The first one is the image of Narsi (sun of Shahpour the first 296 to 304 A.D.) having the king ring from Anahita. The second one, at the bottom of tomb of Daryous the great, includes the two images of Bahram the second (239 to 276 A.D.) in the wars against the enemies. The second and the biggest epigraph of Sasanids, shows the victory of Shahpour the first (242 to 271 A.D.) in front of Valerian, the empire of the Rome. The forth one shows Hormoz the second (the king of sasanids) putting his enemy under the horse. The fifth shows the victory of Bahram the second against the enemy. The sixth shows a man and a face on the left side of him. The seventh and the last one is Ardeshire-Babakan (The first king of Sasanids, 226 to 242 A.D.) while getting the king-ring from Ahouramazda.

Naqshe-Rostam is near Persepolis and Pasargad and it is one of the main archeological attractions in Iran. 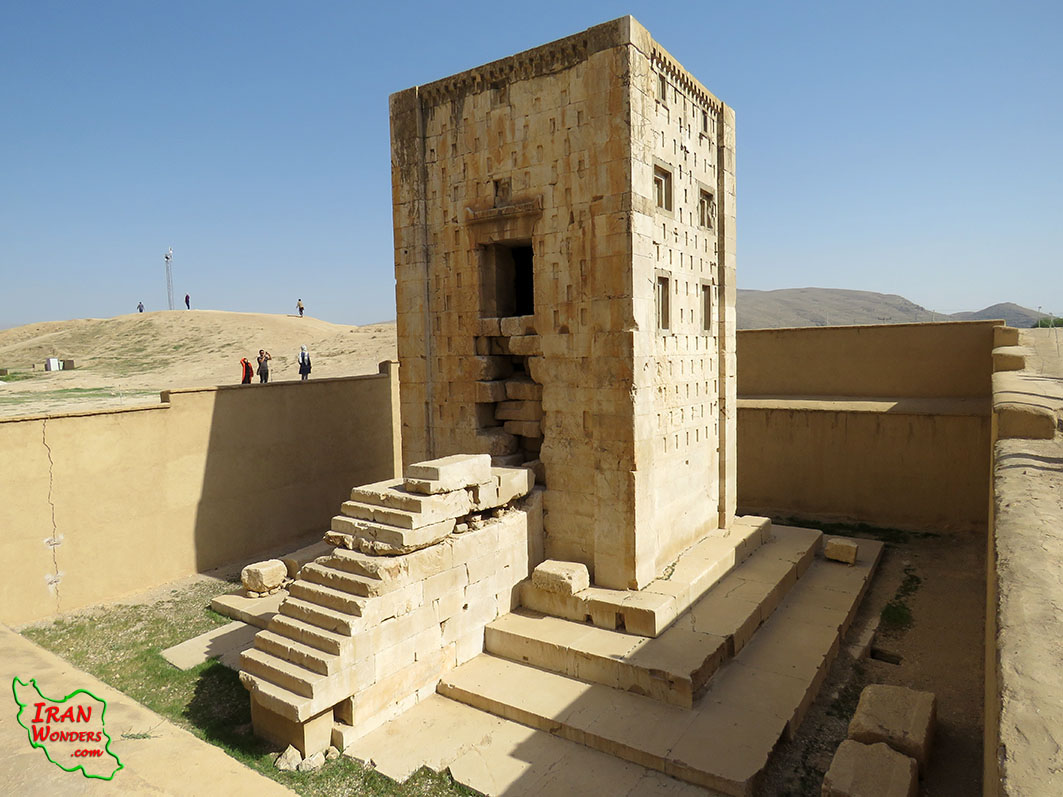 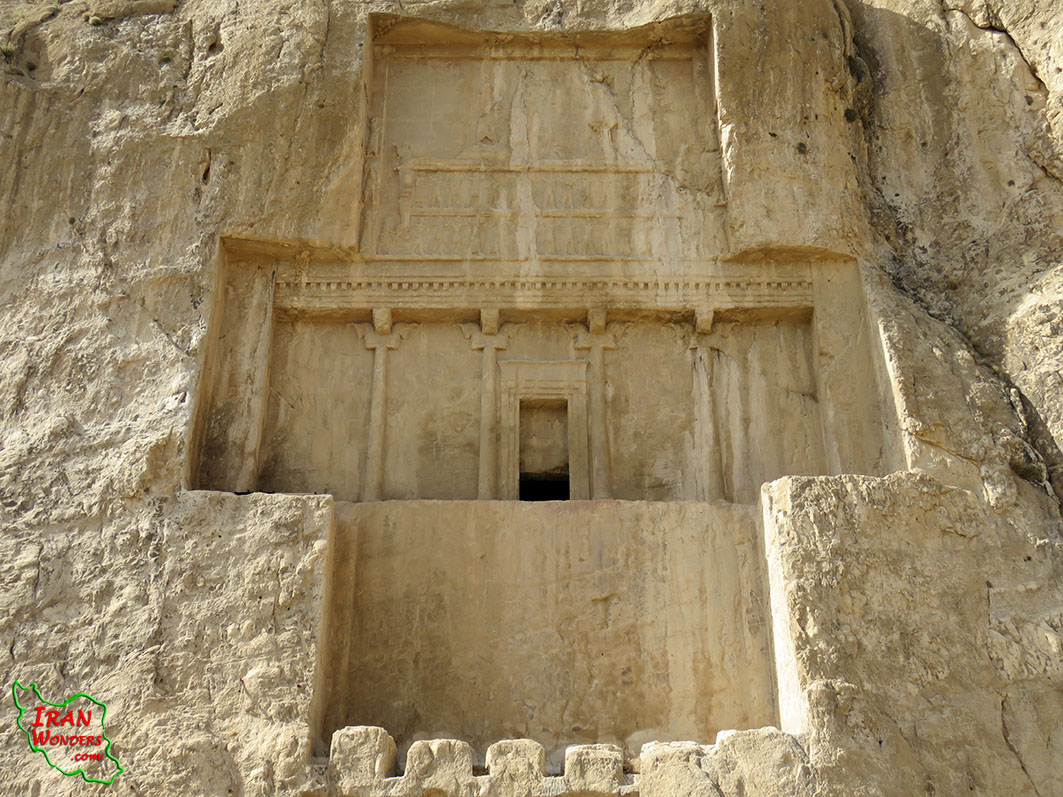 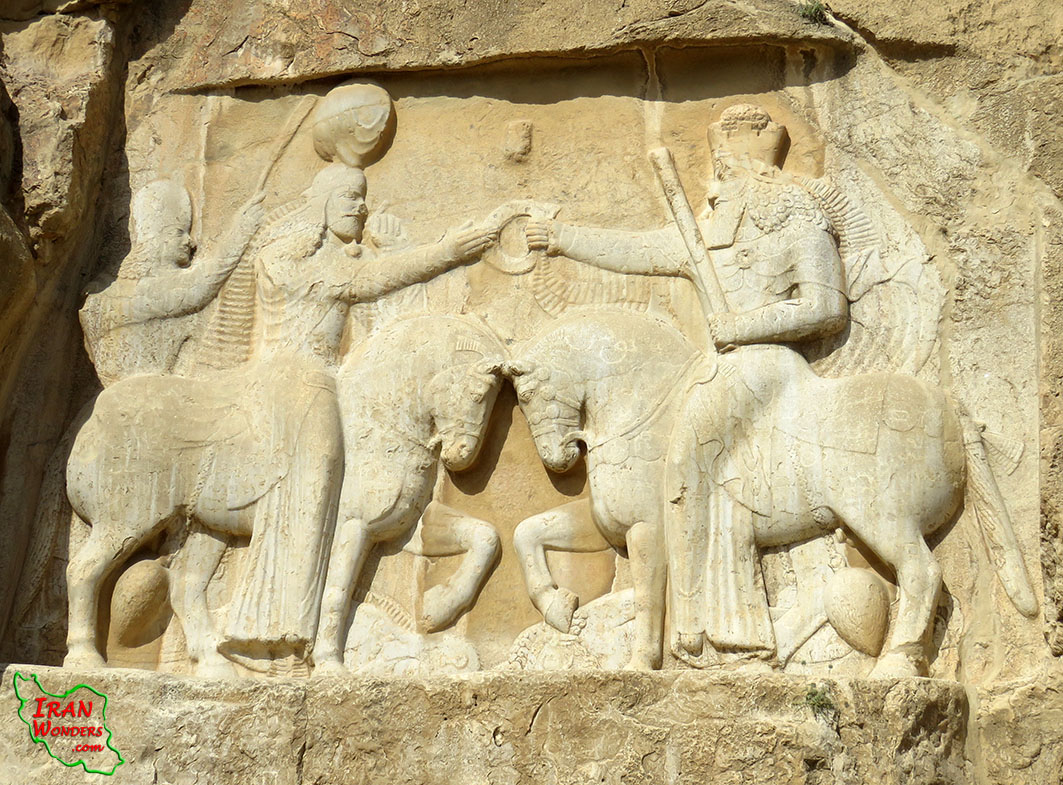 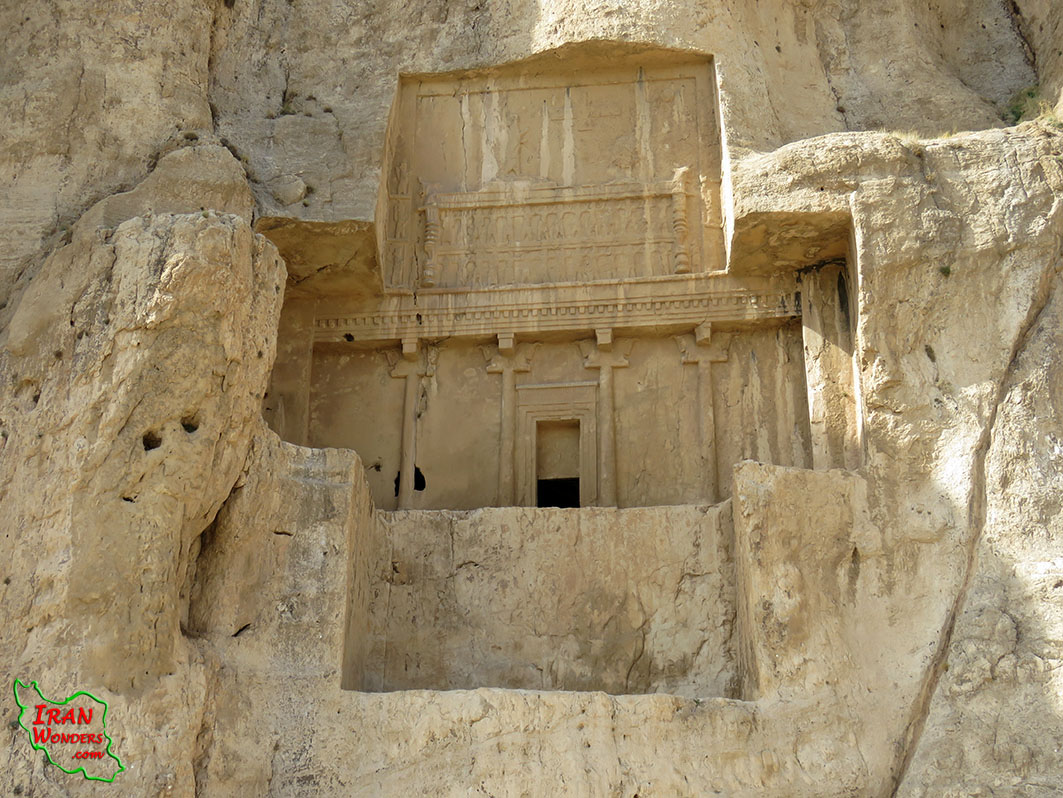 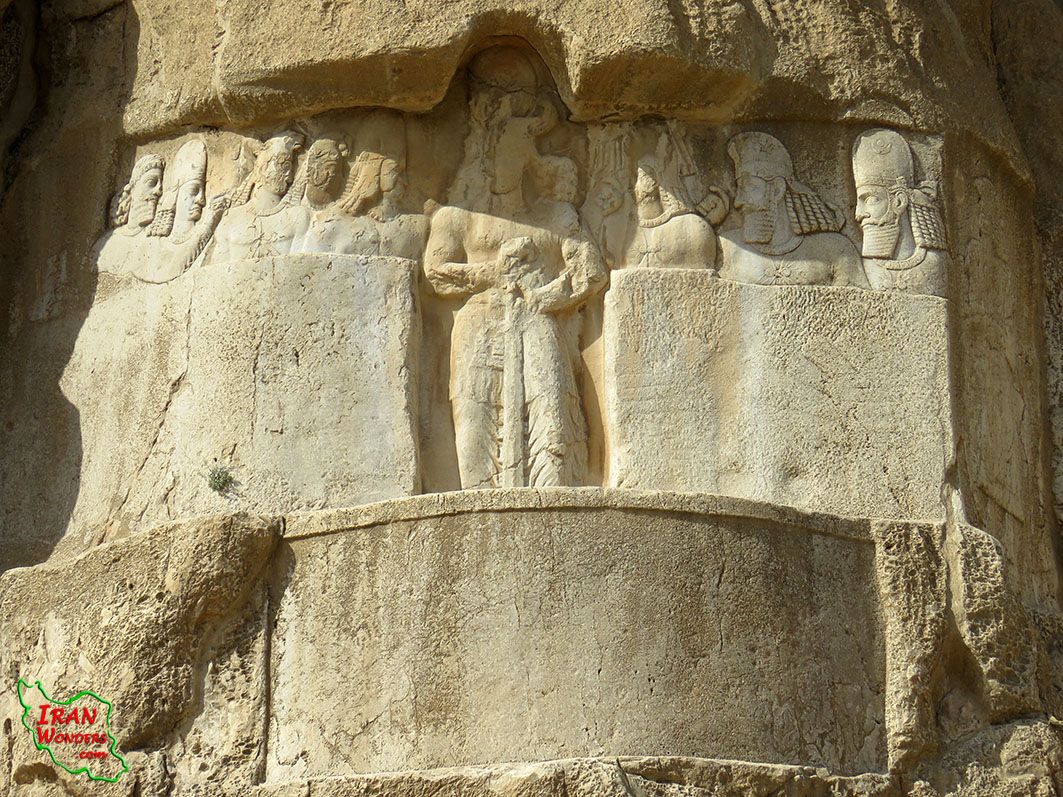 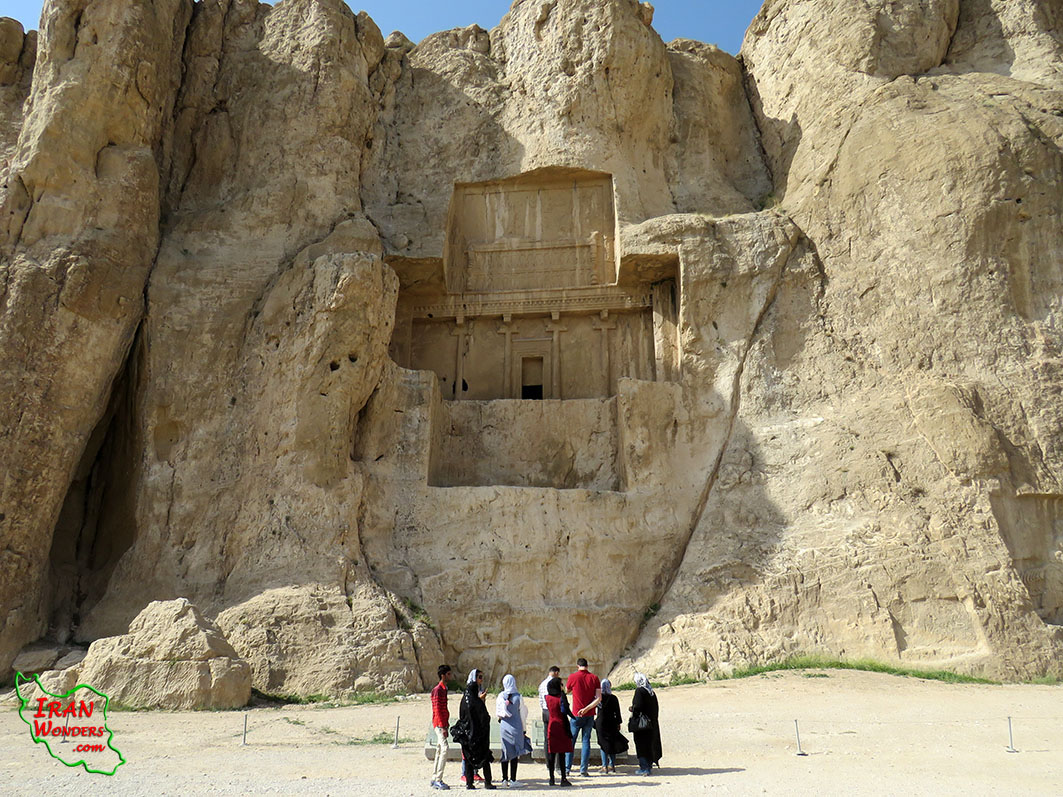 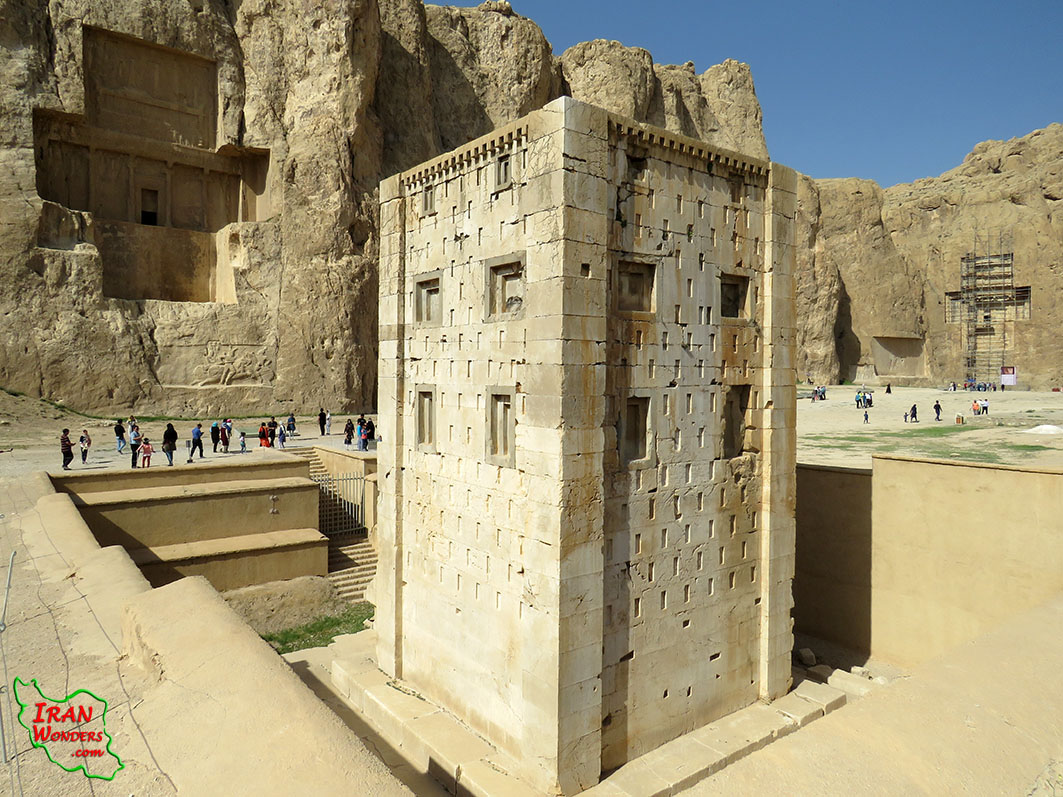